Success in network marketing is something everybody that participates in the industry wants and desires. But the big question is, how many are really willing to pay the price to get it?

First let me just say that in all my years of studying success, entrepreneurship, and achievement, there is one thing I have learned that people are deathly afraid of in life and business, and that is THE BIG FAT UGLY TRUTH!

Until we begin to embrace truth in our lives, we will only be met with lack of abundance in all categories. When we refuse to acknowledge the truth we give the power of our lives over to something else, something that brings mental bondage, fear, and lack. 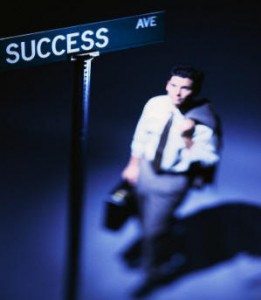 What I am getting to in this post is, why are you not seeing success in network marketing?

There is one thing that will hold you back more than anything you do, and that is excuses. Excuses are just well crafted lies that we tell ourselves so that we don't have to look in the mirror and see where the problem really lies.

I see people on a regular basis that say they are looking for success in network marketing, but then when given the clear path before them that puts the responsibility squarely on their shoulders, they run the other way with some well crafted excuse that is justifiable in their eyes.

Your success in network marketing is your responsibility. Not your uplines, Not your sponsor, Not your mama's! It's all YOUR RESPONSIBILITY!

I see people who are so intent, so passionate with the words that come from their lips that they want to be successful, but as soon as the ball is in their court to move, they cower in fear and fall back.

Why is that? I believe it to be fear of failing mixed with a fear of success but that is another post all together.

Success in network marketing is not a science, it's a decision!

You must decide now, that you will see success in network marketing. You must decide and make a decision now that you will not let anything stand in your way, no excuse, no lack of funds, no nothing is going to keep you from staking your claim in life to be successful in your own enterprise.

Now I am also not saying to neglect your life responsibilities either like God first, family second, and all other important aspects of life fall in behind those two big ones.

However, one thing I see that holds people back is their priorities. One common excuse that keeps people from seeing success in network marketing is… “I don't have the money” which is basically a well crafted, well thought out lie to yourself.

Now I understand there are people who are destitute financially and literally have not one penny to their name, and that may take some legitimate intervention to help them. But these are not the people I am referring too that make excuses.

That was me at one point, and to some extent I still deal with finding myself making excuses at times, but it's my honesty with myself that helps be get through it.

I used to be that person that made every excuse in the book to keep from making some changes in my life.

It wasn't until I decided to make some drastic changes that things started to turn around for me in my business, and my life.

There was a point in my life where my wife and I made such a drastic change that some of my family members actually told me that I was running away from my problems.

They told me that my bad habit was to go do something different when I got sick of something when for the first time in a long time I was actually dealing with all my problems instead of running away from them. I am glad I didn't listen to their toxic advice.

What is holding you back from seeing success in network marketing?

What if I told you that your success did not depend on anything but your ability to become a leader and make some changes in your life? What if cost you $50 per month to start to make those changes, would you begin to make that investment even though you might not see the results for years down the line?

If you answered NO, you might want to reevaluate your mindset.

My advice to you is, what ever it is that is holding you back, get rid of it!

If your lame excuse is “I can't afford that every month, it's just not in the budget” GET RID OF IT! Cancel your cable service with the “Electronic income reducer” (ie. the TV), and fix that problem.

If your excuse is, “I don't have the time” GET RID OF IT and make a change in your priorities now!

If your excuse is, “I am scared” GET RID OF IT and get resolved to overcome that fear.

Whatever your excuse is, GET RID OF IT! because that excuse is what is standing between you and your destination of success.

Don't allow yourself to accept cheap excuses. Hold yourself to a higher standard and be the leader you can be.

If you think I am being hard here in this post, and this offends you in any way, just know that is not my intention. My only intention is to help you to not allow yourself to make these excuses.

I appreciate you and I appreciate your life, but a good leader will not sit back and not speak up when he sees what is clearly holding people back from being mediocre in life. I want to make money just like all of you, but if I don't speak up, than I am doing you no good.

You have been called to great things in your life, don't let those excuses keep you from doing it! Get resolved now that you will do whatever it takes, and don't accept anything less than total success in network marketing from this day forward, and your success starts here….. and it starts NOW!

Lack of Leads Consistently Causes Network Marketers To Struggle In This Industry Because They Can't Compensate For Lack of Skills By Running The Numbers Fast Enough. The Time Has Come For You To Put My Lead System Pro To Work In Your Business. Click Here To Set Up Your 14-day Test Drive Now And Get The Training You Need To Generate More Leads For Your Business!!!

11 replies to "Success In Network Marketing – Is It Possible?"