As a home biz coach, I constantly come across people who think that they cannot become leaders in the industry because they're not yet “successful” themselves.

It's the ultimate Catch-22 they trap themselves in.

But is it true?

In fact, even if you haven't made a dime in the industry yet!!

Does it help to be extremely successful? Of course, it gives you an advantage. But remember that everyone has to start at the bottom.

I recently wrote a blog post about adopting the 5 qualities of leaders to become a leader yourself. Here's the quick summary of those qualities:

Notice not one of those say SUCCESS?

How to Start Right Where You're Standing?

Would you agree that there are many SMALLER SUCCESSES on the way to HUGE SUCCESS?

Of course you would. There are baby steps all the way there!

There are even steps in between the baby steps.

Everybody has to crawl before they can walk, and walk before you can run. So even if you're not running yet… Even if you're not walking yet, you can still lead people who need to learn to crawl. And there are various versions of that crawl.

For instance, there are plenty of tough spots you can lead them through such as:

So what type of things have you done so far that you could show someone else to do who's in that spot?

When You Help People Get from Point A to B…even if they've still got C thru D to get through… they'll look at YOU as a leader that they'll want to continue to follow.

What If You Don't Know How to Do Even the Most Simple Stuff Yet?

Ever drive through a work-zone on the road?

They're showing authority, simply because they know where you need to go! And you follow them because of that!

Are they getting you all the way to your destination? Nope! Do you look at them as any less? Nope!

So maybe YOU don't know exactly how to do any of the stuff that other people can't do either.

But you can likely find out who does, and point your prospects to that person.

They'll still look at you as an authority and leader, because you know where to point them to. See how that works?

Ever pull up to a toll booth and ask the toll booth collector where to go next? Maybe you needed to know which lane to be in for your next highway, or which exit is yours.

The toll collector gives you the answer, points you in the right direction, and then takes your money before you can get there. Sure, it doesn't ALL go into their pocket, but they get paid at the end of the week. They're getting a portion of that toll.

You can do the same thing with YOUR home business.

This is called an affiliate program, and you get paid a portion when you point someone to a high-quality offer, and they pay the toll to get in.

A great example of that is MLSP! Inside their system is all the tools and training that your prospects need to build a hugely successful home business. Show them the way there, and let the leaders inside that community help you help them.

And then, get paid a nice monthly commission for your efforts!

My mentor and friend Ray Higdon has a motto that helped him grow an $8-Figure Home Business.

He'll tell you straight out that he's got no huge secrets or magical powers. He simply built his business by investing in new training, consuming and learning that training, and then going out and teaching it to others.

He's one of the biggest leaders in the home business industry now, so apparently this works. And Ray came from a place of foreclosure and bankruptcy!

You & Your Prospect May NOT See Eye to Eye on What Success Actually Is!

Success is completely relative. You and your prospect may look at success in completely different ways.

Where you feel like you're lacking, they may look at YOU as their leader and mentor! You never know what they think of you until you give them a chance to see you in ways that you can't even see yourself.

Now the question is, how many more of these prospects will you let pass by from here on out? They're looking for a leader…YOU might as well be it!

Did you get value? 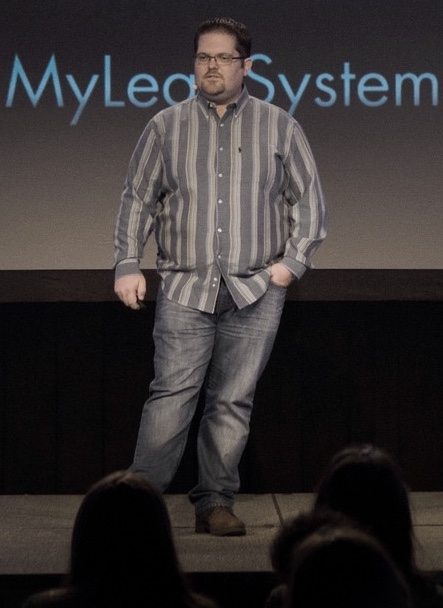 PS: I Am Looking To Create Some More Testimonials. If YOU Want The Chance To Work With Me Personally… Click Here

1 Response to "Myth or Fact: You Have to Be a Huge Home Biz Success to Become a Leader to Your Prospects?"