In marketing, we often talk about building a “Killer sales funnel!”

The question is what does it mean to have a killer funnel?

What all is at play behind the mechanics of the content, the ad, the lead magnet, the capture page, and the sales page?

What you may not realize, is that all those mechanics are put in place, ONLY to deliver the psychological triggers of marketing.

Those parts that eventually lead to the sale.

In other words, the reason a sales funnel was ever developed at all…was so that you can systematically put all the psychology to use and essentially automate that process.

And when you understand the psychology behind it all (the same psychology that’s being used on YOU all the time) then it makes it much easier to put the pieces together, and boost the effectiveness of all your marketing!

So in this blog post (and the coming part 2), let’s go beyond the mechanics and dive into the psychological aspects that marketing is made up of!

Rule #1 is…before any of the marketing psychology to work, you MUST first know your audience.

By knowing, I mean know their wants, needs, deep desires, their doubts, their fears, etc.

Because trying to apply the right mind triggers, to the wrong prospect, will never work. You’ll ALWAYS miss the mark.

So now that we got that out of the way…

Before you ever get someone inside your funnel, what do you have to do?

Create content!!  There are a few reasons you’ll do this, such as getting attention, establish credibility, prove you know what you’re talking about, and therefore create AUTHORITY (a bonus psychological factor.)

But one of the biggest and first things you’ll establish is LIKABILITY… a major psychological factor to persuasion that flies right under the radar.

Because people would much rather and are much more likely to… buy from or join someone they LIKE. People are simply more apt to say YES if they like you.

Now the question is: What makes someone like you?

We like people who are similar to us. This is why you want to make sure to add pieces of YOU to your content (and emails.)  Pieces of your life and your personality. Sharing your interests.

In fact, you’ve probably noticed that you have a lot in common with most of your friends right? That’s why they’re your friends. That’s why you LIKE them! 😉

(This is one of the reasons I love video marketing so much because it lets me quickly and easily show people who I am, and build the likability factor right away.)

We also tend to like people who are kind to us or pay us compliments. Online being kind means helping someone. Which is what you want to make sure your content does. You can also show them that you’re supportive with your content.

This also hits one of the third major things that makes people like us… A mutual goal! People will like you more when they see you’ve got similar goals.

Which is one reason people in groups like my TSL iNSIDERz group get along so well. Because they’re all on the same path!

You’ll use likability throughout your funnel, inside your emails, etc. But your content MUST be your first step in establishing it… or else they may never make to your funnel!

So you put some content out there on the interwebs, and people start to like you and see you are credible.

Once all that is locked in, it’s a good time to point them to a capture page.

First of all the click over to the capture page is a small commitment. You got them to say YES to not buying something, not even subscribing… but just clicking a link.

Now when they get to your capture page, you’re going to ask them to do something a little bit bigger than clicking a link, but not much.

You’re NOT going to ask them to whip out their credit card and make a purchase. You’re just going to ask them if they would be willing to give you their email address to get some more high value content from you.

If they do that…now you’ve just gotten them to make one more small commitment. They said yes again!!

Now they’re in a commitment pattern.

You’re also going to get them to confirm their email address so you can keep sending them high quality content without the spam bots eating up the email.

ALSO  so they can get the gift you offered them on your capture page (we’ll talk about that in a minute!)

Wow! So they say yes again, and go confirm their email,  and that’s three small commitments in a row. Not that there’s a magic number but they’re definitely moving in the right direction.

Now what if you sent them an email with an offer to take a free trial for one of your membership sites? You’re still not asking them to buy, and they’re still in a say yes mood.

Think that your chances are now increasing to get them to say yes to the free trial as well?

You bet it is!

But wait. Now it’s time to fire up…

Trigger #3: The Law of Reciprocation

Ever been to a restaurant and the waiter or waitress gave you your bill with a couple of mints?

Did you even realize that doing so made it more likely that you’d increase their tip?

For instance, have you ever had a friend help you move, and then not too long after you find yourself lugging their furniture up a lengthy staircase? Yup! It’s a lot harder to say no once they helped you first isn’t it.

So here’s how it works in a sales funnel…

In a sales funnel, we enact the Law of Reciprocation when we give away a lead magnet. If the lead magnet is perceived as valuable (and especially if it helps your lead get results) then they feel indebted to you.

As you push them through your sales funnel with high-value content through your emails, you just keep making it tougher for them to say no, once you ask them to buy something.

Think your chances of getting a sale increased because you gave them all that free stuff they saw as so valuable? You bet it did.

Want to increase it even more? Just throw in the psychological trigger above. Ask them first to make a small purchase. (sometimes called a tripwire!)

Now they feel compelled to purchase because you gave them so many goodies, AND you’re not asking for much. $7? $17? $27? They say yes, now they’ve made yet ANOTHER small compliance.

AND your chances just went up for a bigger commitment, once you hit them with an upsell!

As you can see there’s a lot more at play than meets the eye.

You may think that as a marketer you’re impervious to these “tricks.” But you’re not. Look at how many lists you’re on? And how many purchased products are sitting on your desktop. Look at all the stuff lying around your house.

But hey, you’re only human!

Okay, we’ve only just begun! Stay Tuned for Part 2 of this mini-series.

And do me a Small commitment, and let me know what you thought about this blog post below yeah? 😜 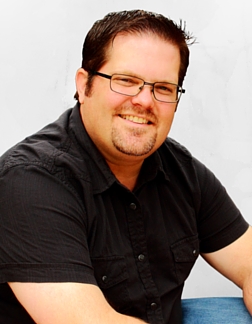 PS: If You Are Ready To Start Making Sales Online and Not Sure Where To Start, I Recommend You Start Here

1 Response to "The Deep Marketing Psychology Behind a Sales Funnel! (PART 1)"