So it's a word that you hear a lot in business. Maybe not enough in the home biz arena actually, but the the truth is INTEGRITY counts.

In a HUGE way!

Because the truth is that you may fool some of the people ONCE, but a lack of integrity shines through more than you know. And once your audience, and your customers feel that you lack it, it's VERY hard to gain that trust back.

And don't forget, bad news travels at light speed online. So it's important that you check yourself (before you wreck yo' self! 😉

INTEGRITY; The quality of being honest and having strong moral principles; moral uprightness.

It's always good to know the definition of a characteristic if you want to achieve it.

At it's essence, integrity seems to boil down to simply being honest. But it goes beyond that I believe.

[Tweet “Integrity Works for Both Your Audience, As Well As for Yourself!”]

Too many people don't understand how important integrity works on the inside. In other words, your subconscious knows when you don't have integrity. You can't slip anything by.

The worst part is that your mind can play a dirty trick on you.

Let's say you do something that's less than honest. Not 100% integral. And you get away with it.

What's that tell your subconscious? It plants a tiny seed that “it's okay, I can get away with it again!”

Yikes! That's a slippery slope that you don't want to go down. Because while you can maybe fool yourself, you cannot fool your audience. So let's be careful. And the only way to be careful is to know…

The 5 Traits That Ensure You're Marketing and Leading With Integrity!!

Those who are always striving to grow, seem to have the most integrity in the way they run their businesses. The two seem to go hand-in-hand.

Part of that is because growing as a person means that you're constantly analyzing and recognizing patterns in yourself. More importantly, you're recognizing areas in which growth can be obtained.

Which means you're probably recognizing where you're not being integral.

People with integrity have a strong moral code. That means you strive to do the right thing according to your own personal principles, along with the principles of business ethics.

These are often the people who feel that a handshake…or if you're online YOUR WORD is as binding as a signed contract.

When you lead with a strong moral compass, integrity usually follows pretty fluidly!

The funny thing about this trait is that it's so rare that it usually wins people over pretty easily. So people simply do what they say they'll do. Fewer do it when they say they're going to do it.

If you get that part right, you'll earn trust, and have people singing your praises all day long!

Of course reliability can be shaken. Things beyond our circumstances happen, and we miss deadlines. We genuinely forget to maybe send a refund. Or software might get quirky and a product doesn't get delivered.

Most people won't lose their faith in your integrity if they see that you hold yourself accountable! Take ownership, and show that you're prepared to make up for the mistake.

This trait pretty much pulls all the above right along with it.

When you care about your audience, you'll bend over backwards to make sure that their needs are met. You have respect for their time, and for their hard-earned money that they may have given you.

Too many people look at their audience as numbers. It's easy to do online especially when you're not seeing faces, only names, and lists! And so we lose the human touch.

If you can see past that, and treat everyone as humans that have their own hopes, dreams, and goals, and you'll likely lead with the utmost integrity!

People with integrity tend to never be push-overs. While they'll go the extra mile, they also refuse to be taken advantage of.

If you don't respect yourself, and your time, and your value, why should anybody else?

This self-respect shines through, and simply strengthens all of the other traits above!

So now that you know the traits of integrity, you may be feeling like you're lacking in some areas.

Keep an eye out for PART 2, where I'll show you how to tackle some of the problems that lead to a damper in integrity. 😉

If you got value feel free to comment below, and tell me any other pieces of the integrity puzzle I may have missed as I want to raise the bar for our profession. 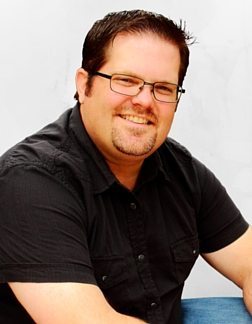 PS: Want To Work With Me? Click Here And Get Started!

1 Response to "5 Key Traits That Prove If You’re Leading and Marketing With INTEGRITY! (Part 1)"